Camera operator, Director of Photography and Director of Barcelona, ​​literally grew up in a photo studio. Titled as an Image Operator and Director in the I.O.R.T.V. (Official Institute of RTV-Public Entity of RTVE). It remains in the I.O.R.T. as a support to RTVE in Barcelona and in charge of the Internal Training courses and of the R.T.O. (Barcelona’92). Creates the production company KAMERAMA in 1993, dedicated to commercial video and artistic projects. Photographic Direction Professor in several centers, highlighting the University of Photography of the U.P.C.

In 1994 he focuses exclusively as a Camera Operator and Director of Freelance Photography:

Televisió de Catalunya (TV-3), GESTMUSIC, MERCURY, EL TERRAT, DORNA, CANAL + … .Alternate documentaries and reports with TV-3 with set programs, BUENAFUENTE with EL TERRAT, during 2 seasons, among others and sports broadcasts worldwide with DORNA in the Motorcycling World Championship for 4 seasons.

In 2008 he left his freelance activity and joined the TV-3 staff where he was offered to join the artistic program “Silenci?” Until he left his TV-3 activity in 2014, he went through all the possible genres: Fiction, Documentary, Direct, Sports, Informative, etc …

After a year and a half sabbatical he moved to Ibiza and created the Producer UTOPIKFILMS and IBIZACINEST.

In 2016 he writes, directs and produces two short films: “Red Dress for Luna” and “Onírics” awarded and selected in several international festivals.

He has currently finished his first feature film “R.E.M.” which premieres in April and directs the IBIZACINEFEST.

On the other hand in 2017 he produced and directed the feature-length documentary “Aixa.Es darrer Mestre d’Eivissa” that participated in the Atlantida on.line.
https://www.facebook.com/aixathelasrmasterofibiza/
And in September I finish the long documentary “Moonface.A woman in the war” Recently it has been selected in the International Documentary Film Festival of Uruguay and will open the Ibizacinefest 2019 that will also feature the Ibizan production “The Crimes of All Saints” of Héctor Escandell.
https://www.facebook.com/moonfaceunamujerenlaguerra/ 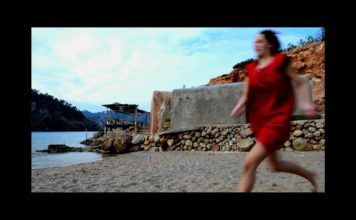 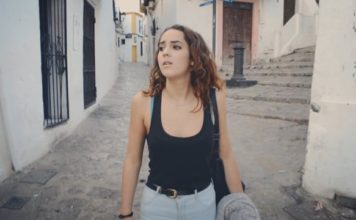