Mar Forteza-Rey (Palma de Mallorca, 1978), is part of the Municipal Theater Company since adolescence. He makes contact with the world of cinema with small interventions in productions that are shot on the island as “Mirada líquido”, or a multitude of advertisements for “Palma Pictures”. At 18 he moved to Barcelona. There he completes his training focusing on audiovisual media, and entering production, script and direction. Later he received a scholarship from INJUVE to continue his training in Paris: École Philippe Gaulier.

In 2003 he made his debut as the protagonist in the Majorcan film “Blocao”. Also in his native island produces the play “Early morning games.” He moved to Madrid to continue completing his studies at the Juan Carlos Corazza Center and received various seminars from professionals such as Jaime Chávarri, Alejandro Amenábar, Juan Carlos Fresnadillo, Miguel Bardem and Emilio Gutiérrez Caba. Since the creation of IB3 (Balearic autonomic television), he regularly works on his own production series: “Suite Hotel” or “Laberint de passions”.

At the same time, she started her own projects: “Elizabeth I”, a play for which she received the 1st Balearic Art Jove Award in 2007. In 2012 she decided to record her first short film as screenwriter and director “Ser o no ser ser madre”. Later she works as an actress in “This is the name” by Rafa Cortés. 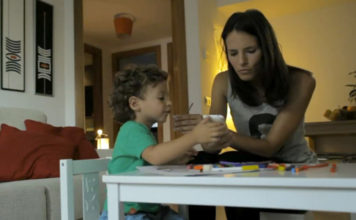